We don't have anything in which to transport a hog, but no worries.  I called my friend Laurel.  She always knows what to do.

A trailer, a cage, some straps and a few hours later and we were on the road to pick up this beauty! 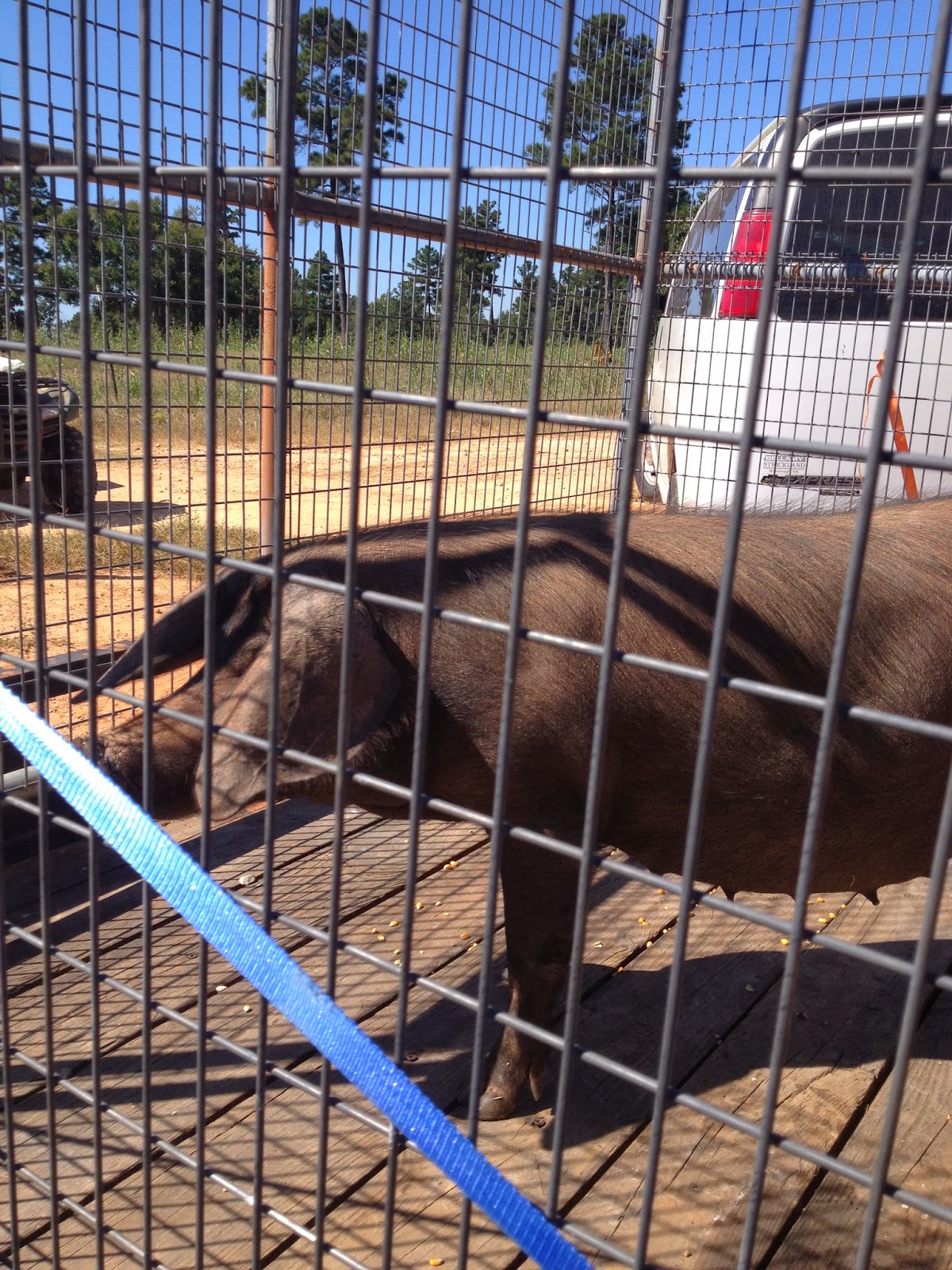 Meet Princess Oinkers, the newest addition to Team Robinson's little farm. Of course, we had to hook up this homemade livestock trailer to our big ole van to go pick her up.  Everybody wanted in on this homecoming!  Princess Oinkers made quite an impression on the passersby during her ride home.  People kept honking at us and waving, and everyone at the gas station in Pine Mountain stopped by our pump to say hello. 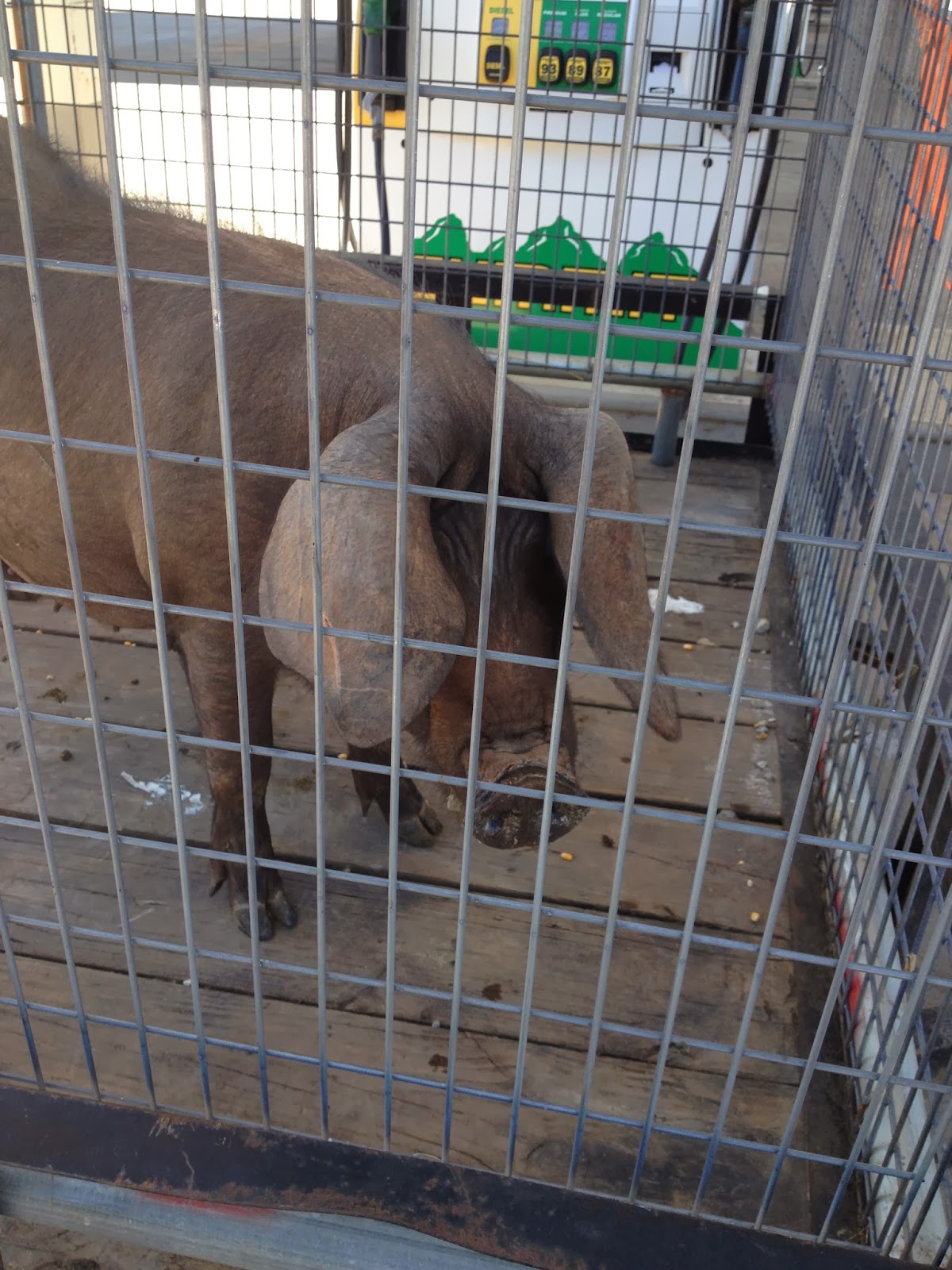 In true Robinson farming fashion, we experienced a fencing malfunction promptly upon arriving home, so Princess Oinkers had to hang out in the cage and have a little snack while we figured things out. 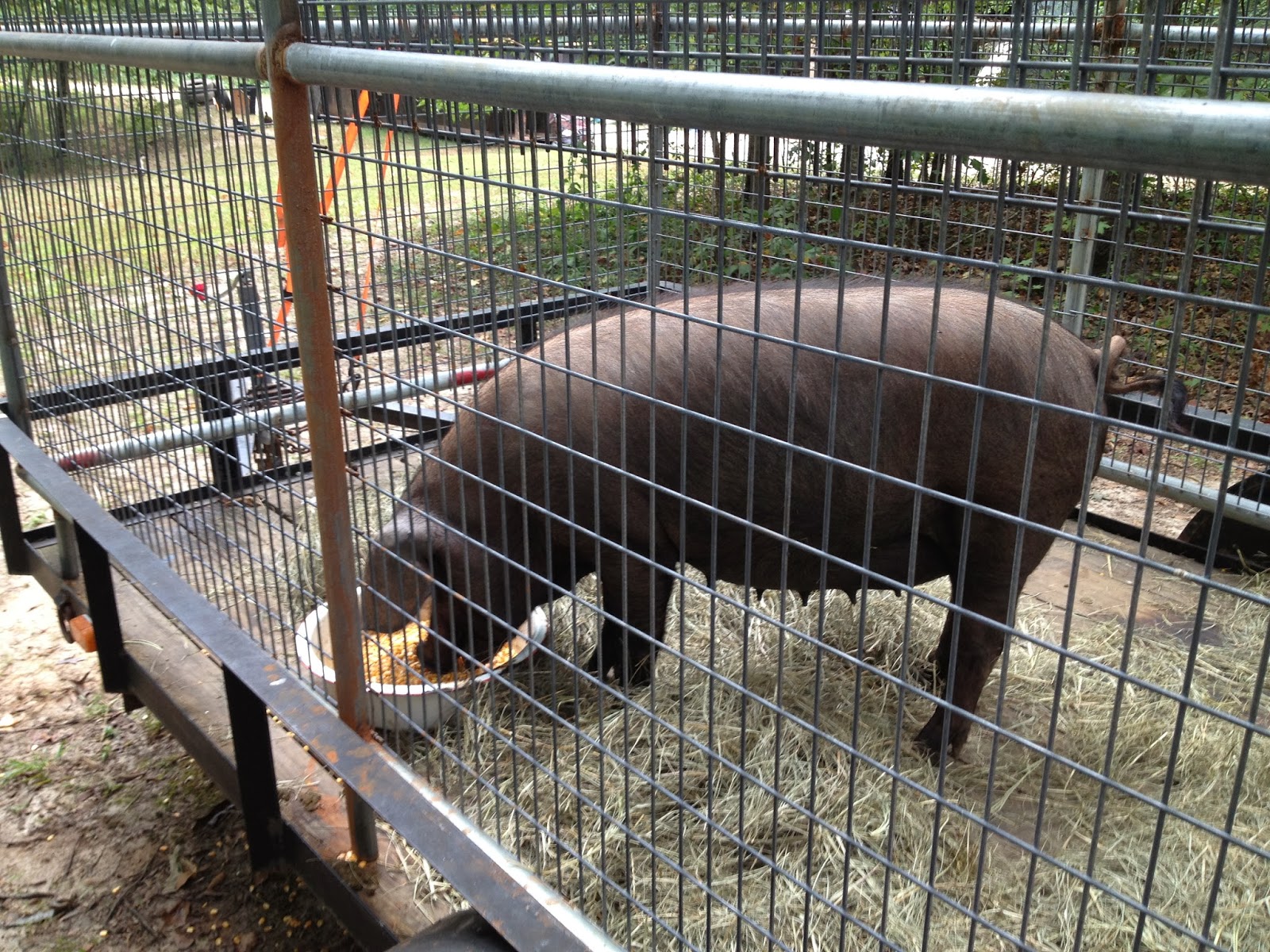 In no time at all....or six hours later, however you want to look at it....the meanest hog I've ever met was settled into her enclosure and tearing up the place.  A few days later we happened to be out by the enclosure watching her thrash around and wondering what might be wrong with her, when our wondering turned to amazement.  Princess Oinkers had piglets!!  Now we know why she's been so mean. By the way, a hog AND piglets are so much cooler than just a hog.  The kids were over-the-moon excited to have seen the deliver - until Princess Oinkers started eating the babies.  Now they're split into two camps, those that are traumatized and those that think it was an epic day! 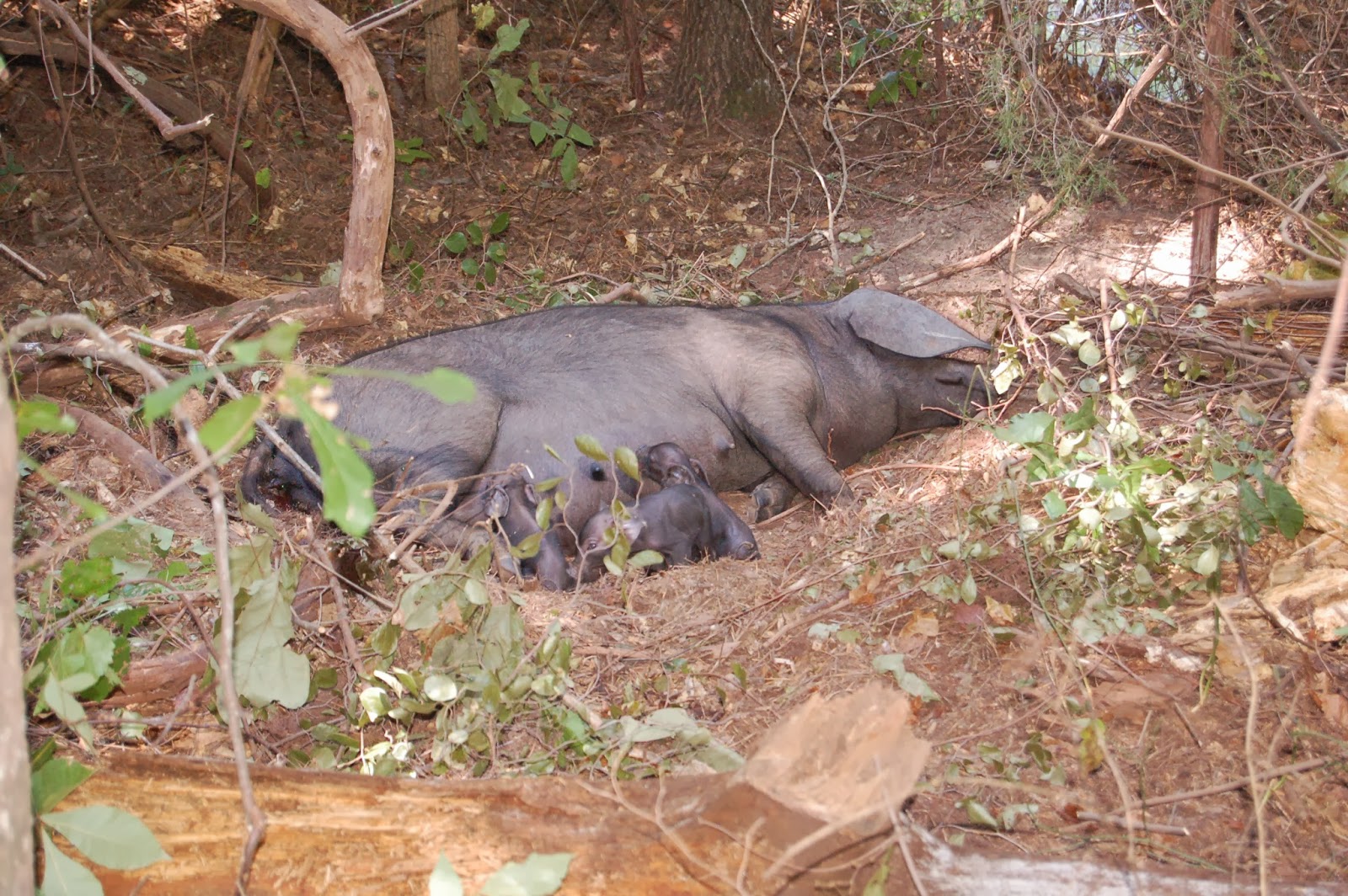 The kids named the two surviving piglets Bacon and Pork Chop.  These aren't exactly pigs of the pet variety.  They're thinking ahead, which is good.  Aren't they....um, adorable? 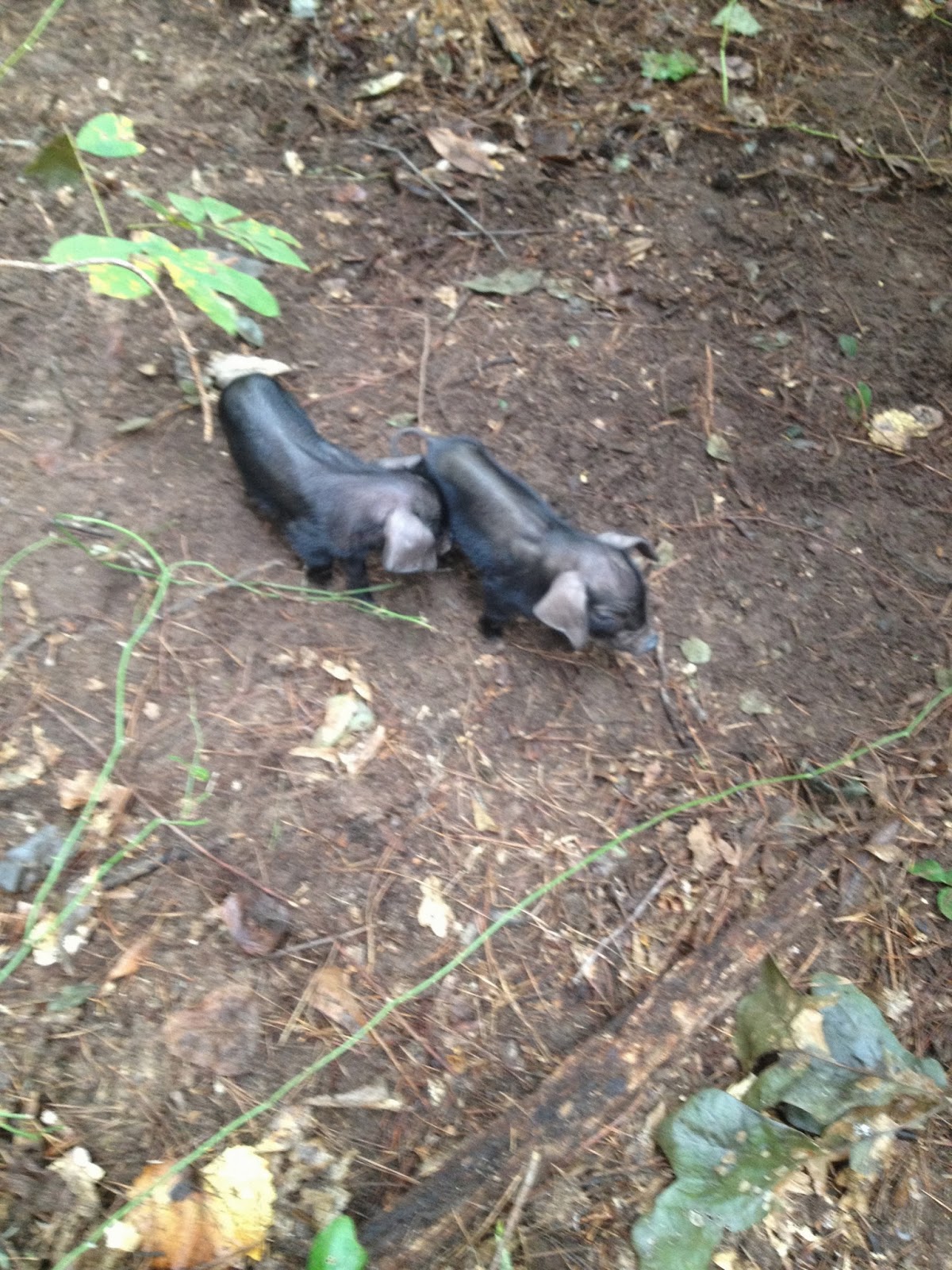 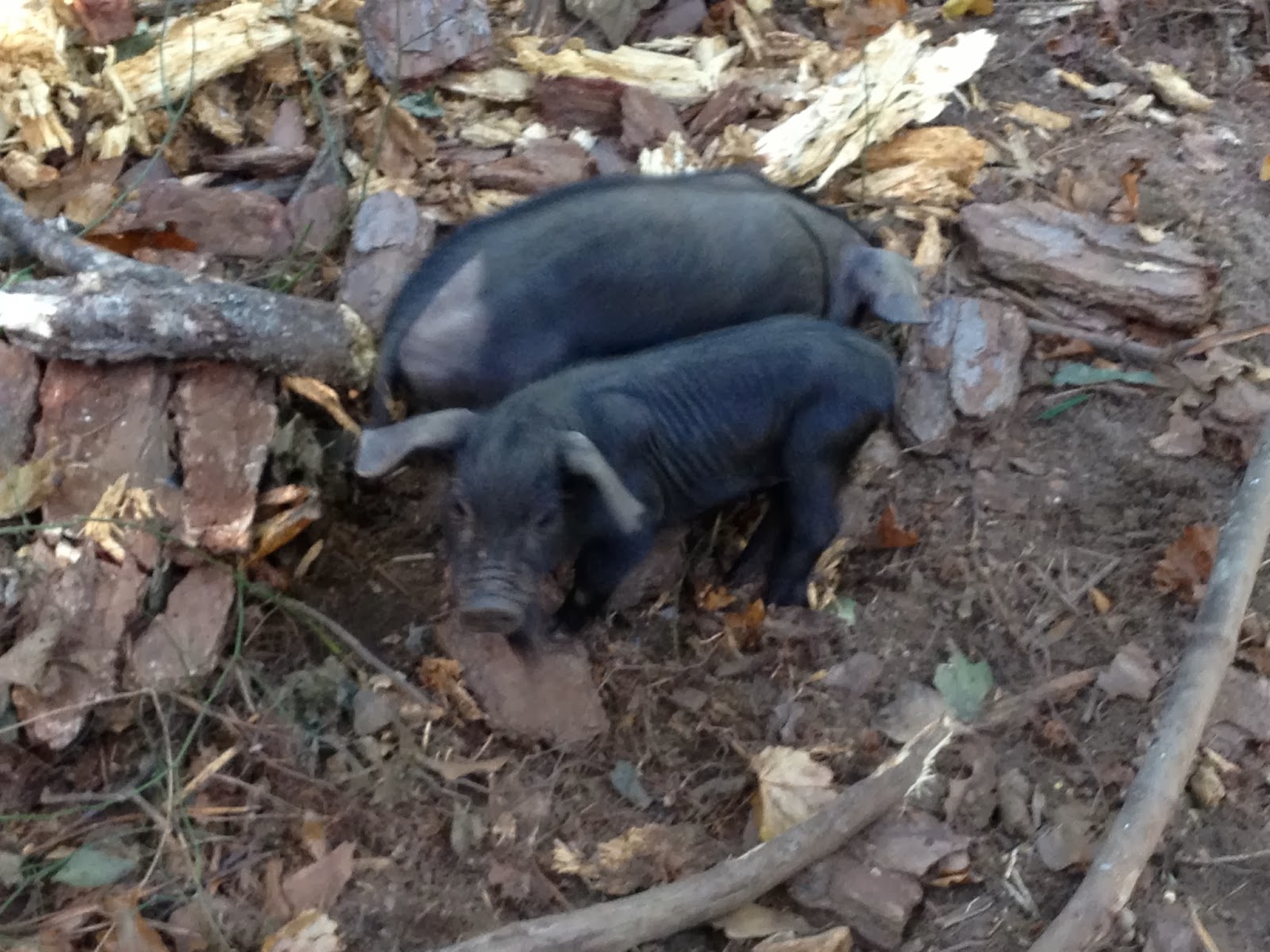 Here's to hoping that hogs are easy to raise!