Today we had to wake up early to head over to the elementary school for English lessons.  Dean and I walked with Jim, Matthew and Marlon in the rain down to the bottom of the hill to catch the bus….the rain was inevitable; remember the prayer for the full missionary experience…The school bus here is a curious thing. 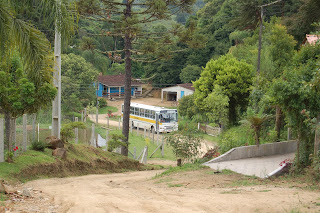 Even though only students are allowed by law to ride the school bus, anyone on the mountain needing a ride to town hops on. Then the driver takes off like he’s being filmed for an episode of IRT Deadliest Roads.  I must admit it was a bit frightening, especially when the youngest three children on the bus gathered right next to the bus driver to laugh and talk with him as we flew down those hills.  They actually stood on the steps right next to the doors to the bus.  It was crazy!
The bus dropped us off in front of the school, and we headed to our first class.  We taught 5 classes before lunch.  The kids really liked their English lessons, and despite the language barrier, I think the classes went well.  Jim and I took turns teaching the lesson while Marlon translated for us. 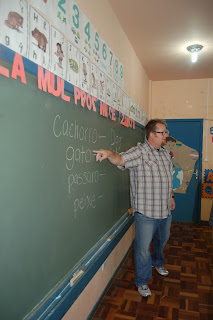 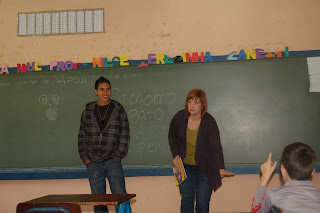 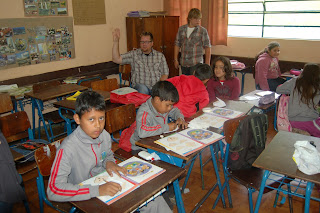 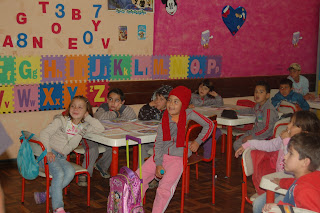 The best part of each class was watching Dean teach the kids how to do the craft in a foreign language.  He connects so well with kids, even when he can’t speak their language.  He’s a cut up in class, too, which is probably no surprise to any of you. 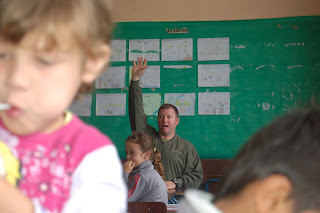 The school we were in is very different from American schools.  I don’t know what schools are like in other parts of Brazil, but here they don’t have much 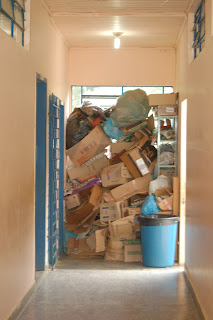 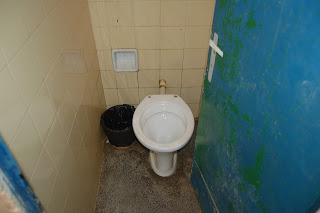 The school operates 2 sessions, with the morning session running from 8:00 to 12:00.  The children that attend school live up on the mountain and don’t have a lot of money, family stability or even clean drinking water.  Most of these children will live their whole lives in this community.  This aspect of the ministry of Hope and Life is so important because it provides an opportunity to reach out to the children that are desperate for hope…the kind of hope that only the Lord can provide.  It also gives the team here a change to develop relationships and a reputation in the community. 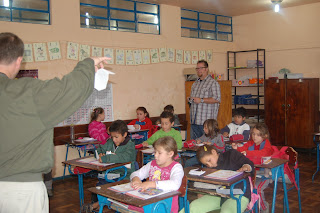 I loved trying to talk to the children.  I started out each conversation with questions like, “Se fala Ingles (do you speak English)?” Because I asked them a question in Portuguese, they would usually start telling me all kinds of things that I couldn’t understand.  “No fala Portuguese (I don’t speak Portuguese)” is one phrase I can say well now.  At that they would look a little disappointed and then just keep talking.  I’m going to have to learn to speak Portuguese before we visit again.
Don’t you just love to eat Brazilian steakhouse?  Fogo de Chou is my favorite.  There isn’t one here, but there is the truck stop down the road from the school that’s just like it, except that it is…well, it’s totally different and it’s located in a truck stop.  Servers still come by with skewers of what I hope was pork, chicken and beef with bacon.  We ate lunch there today before I caught a ride back to the house with Brad. 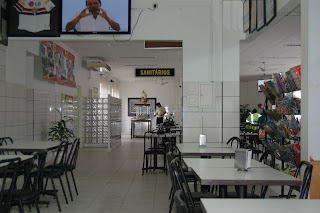 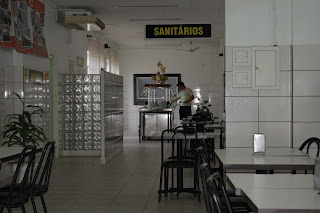 I enjoyed a laid back afternoon of visiting with Mary Jane before we walked the kids back to the bus stop to meet the men.  I’m not sure how the walk to the bus stop could possibly be uphill both ways, but it sure feels like it is. As we waited for the bus, Riley found an enormous spider that he was poking at with a stick. 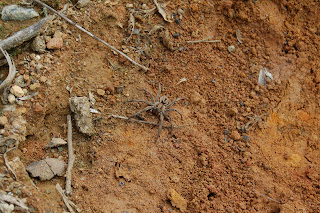 I thought it was a tarantula because of it’s huge hairy legs.  Dean said he thinks it was a wolf spider, but I’ve seen wolf spiders before; and that was like no wolf spider I’ve ever seen before.  When I said, “Riley, don’t play with that tarantula”, Robert stepped on it.  Right away, Riley looked up and said, “It’s already dead” like that made playing with the tarantula okay.   Robert quickly shouted out, “It still has venom.”  I can’t believe Riley even understood what venom was, but he yelled back, “Venom is so yuck, right mom?”  I was relieved when the bus finally came. 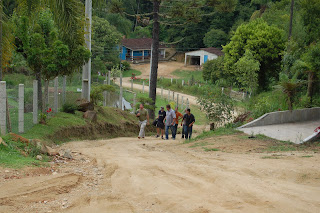 Our day ended with hamburgers and French fries  with Jim and Mary Jane and a late night of laughing, talking and catching up with Brad and Carolyn.   God is doing an amazing work through the families here.  The Atkinsons, Moores and Dunns definitely need prayers and support, folks!  I’ll write more about ways we can help them in the days to come.  For now, chou!
at 10:21 AM No comments: